Open Source is becoming a key part of every company

Open Source is becoming a key part of every company 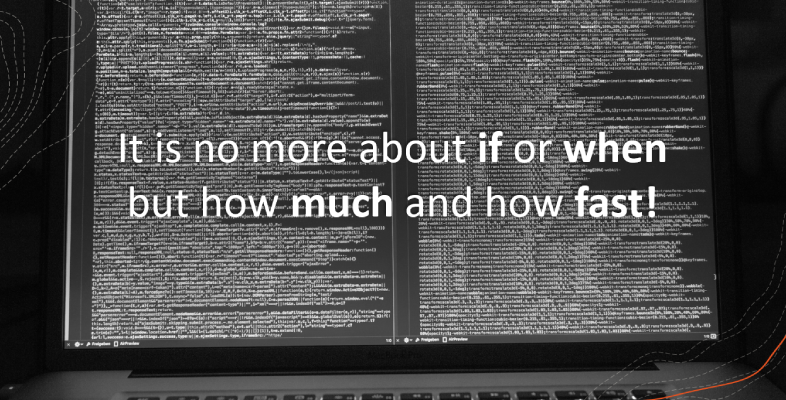 It is no more about if or when but how much and how fast!

We at Ashnik started our journey with a strong belief and passion in open source and with a cause of spreading the benefits and contributing to the open-source technologies. We have now completed 11 years of our journey, instrumental in bringing capabilities and strength of open source to enterprise customers. Also, one of the ways we were able to do it consistently was through our newsletter that is The Ashnik Times. We are so happy and proud to share with you that we have completed seven years of reaching to you through The Ashnik Times.

In the last ten years, we have witnessed extraordinary momentum for open source. And in the past three decades, over 200 companies launched with open source as the core technology. Three-quarters of the companies and 80% of the capital raised after 2005.

With the arrival of Linux in 1991, open source became important for enterprises and proved a better, faster way to develop core software technologies. With more and more foundational open source technologies, open-source communities and enterprises began to experiment with commercialization. It was the first time we saw a viable economic model to support the development of these organizations. And moving forward, in 1998, the Open Software Initiative coined the term “open source”!

By the mid-2000s, these valuations started to shift. Cloud computing opened the aperture and allowed companies to run open-source software-as-a-service (SaaS) indicating that open source has economic and strategic value.

The history of open source highlights that its rise is due to a virtuous cycle of technology and business innovation. On the technical side, open source is the best way to create software because it speeds product feedback and innovation, improves software reliability, scales support, drives adoption, and pools technical talent. Open source was a technologically driven model, and these traits have been there since the “free software” era.

However, it was also realized that for enterprises to leverage the full potential of open source technologies in their mission-critical setup there was a tremendous need for technology support SLAs and a robust business application ecosystem around open source initiatives.

Three areas where it plays an essential role in creating value proposition. The first being project-community building, where one open source their project and this project creates a community of developers who actively contribute to code base. Then comes product-market relevance, where open source software is adopted by users. It is mostly measured by downloads and usage. Last but not the least, value-to-enterprise market, where you find a value proposition that customers want to pay for its subscriptions.

Often the most challenging is building a subscription model as it needs careful attention for open source licensing types and terms. All depends heavily on the technology relevance and business value it provides for mission-critical deployments in enterprises.

It was remarkable to witness in 2008, Sun Microsystems (which Oracle later acquired) acquired MySQL for 1B dollars. Everyone thought at that time that it was the best any open source company would ever value for!

But in the last few years, we witnessed Cloudera, MongoDB, MuleSoft, Elastic, NGINX (now acquired by F5 Networks) and GitHub have either raised large IPOs or part of M&A deals. Red Hat went public in 1991 and last year got acquired by IBM for $34B. In the future, I am sure open source technologies are all set to raise the bar.

In coming times, AI, observability, and blockchain are some examples of emerging innovations where we can see open source would bring tremendous value. Also, the current initiatives like microservices, containers, moving to the cloud are areas where open source plays an important role not only as technology product but helping build platform for business initiatives.

We at Ashnik will be continuing our journey in the space of open source to bring relevant solutions and technologies to organizations. To know more, keep watching this space and stay subscribed to The Ashnik Times!